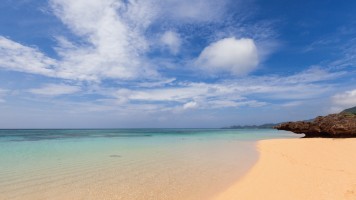 Do not forget to visit Okinawa 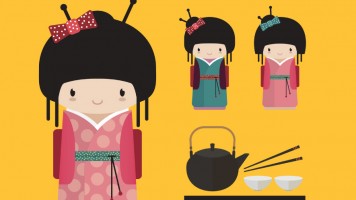 Two cities, immortalised by a horrific tragedy, that have risen like the phoenix from the ashes. Today, they stand for a symbol of peace, yet that’s not all they represent. Visit Hiroshima and Nagasaki to explore the harsh reminders of war, but you’ll also discover their vibrant colour and character beyond their dark history.

Pay your tribute at Hiroshima’s Atomic Bomb Dome from the banks of the Motoyasugawa, and whisper a prayer for peace. One of the buildings left standing from the bombing, it is now a World Heritage Site that attracts millions from around the world. Visit the Heiwa Kinen-kōen, the Peace Memorial Park, where you’ll find the Hiroshima Peace Memorial Museum, safeguarding the stories of the atom bomb destruction. You can also pray for the souls of the victims of the bomb at the Memorial Centre for the Atomic Bomb Victims.

Move on from an emotional experience to a historic one at the Hiroshima castle. If you’re there in springtime, you’ll be treated to the stunning vision of the castle framed by delicate cherry blossoms, as well as uninterrupted views of the city from the castle itself.

You can’t miss the popular local dish, Hiroshima-style Okonomiyaki, a Japanese savoury pancake served with noodles. Nor the famous local oysters, fresh off the barbeque pit, or in true Hiroshima style, with lemons.

Get around from one tourist hotspot to another the fun way by using the Hiroden – a streetcar that will take you to the tourist hotspots, and also lead you to the harbour from where you can board a ferry to Miyajima to view the very impressive vermillion torii rising majestically from the blue waters. Walk to the stunning Itsukushima Shrine, passing miniature deer along the way. Return to Hiroshima to explore Hiroshima’s cultural offerings at the Hiroshima City Museum of Contemporary Art or the Museum of Art.

Once you’ve had your fill of Hiroshima, travel to Nagasaki, to continue your peace pilgrimage. In this beautiful harbour city, you’ll find the Nagasaki Peace Park, built on 2-3m of rubble from the destruction. The Atomic Bomb Hypocenter, marked by a black monolith, lies close to the Peace Park. Also stop at the Atomic Bomb Museum for a moving insight into the effects of the bombing.

Like Hiroshima, Nagasaki has beauty beyond its resilience. It was the only city in contact with foreign traders during Japan’s 200-year isolation, and today you can catch a glimpse of the beautiful foreigner’s homes on Hollander Slope.

Don’t miss Huis Ten Bosch, a Dutch theme park that has all the flavours of the Netherlands, complete with Dutch-style buildings, canals, windmills, rides and seasonal flowers. Children will especially enjoy a cruise aboard the pirate ship.

If you’re in Nagasaki in springtime, visit Omura Park for the Omura Flower Festival between March and June. It’s a delight to be surrounded by cherry blossoms and various other flowers in full bloom. Or, drive to Mount Unzen, an active volcano that is naturally beautiful in all seasons. You could hike up to Fugendake, the highest peak, or take the Unzen Ropeway to observation decks for panoramic views.

If the ninja and samurai are more your style, then visit Shimabara Castle to try on their armour, or take the boat tour to Hashima for a peek at the model for the ‘Dead City’ in the James Bond movie, “Skyfall”.

Don’t leave Nagasaki without a visit to Tatsunoshima Islands. The eroded rocks are fascinating to view, as are the caves and arches, and “Snake Valley”. Relax on the island’s fine white sands or if you want some adrenaline pumping through your veins, then walk along the edge of the cliffs.

It goes without saying that Hiroshima and Nagasaki are destinations that are meaningful to visit, but beyond that, they are beautiful, and offer a slice of life that cannot be experienced elsewhere.

If you are planning a trip to Hiroshima and Nagasaki, do not hesitate to contact your luxury travel designer Mr. Isao Numano.