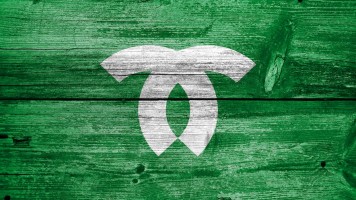 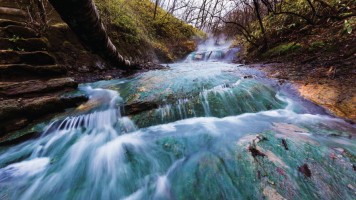 Japan has a rich and diverse culture that has been handed down through centuries. Ceramics and Sumo are two such facets of Japan’s truly unique culture that have continued to fascinate the world even today.

Japanese ceramic arts have incorporated a mix of tradition and creativity, and evolved into today’s beautiful contemporary designs. Yet ceramics itself has a long history, the oldest — Jomon ware — being over 12,000 years old. Jomon ware is from the prehistoric Jomon Period, and these pieces are large and mostly cone-shaped cooking pots.

Japanese pottery diverges into two traditions, one that follows the teachings of Zen Buddhism, and the other, which follows the process used in Chinese porcelain. Raku ware follows Zen Buddhism, and strives to achieve an earthen look in its colours. The other aims at perfection, with bright colours, and complex, balanced decoration. Tea ceremonies usually use this type of ceramics.

Japan boasts numerous pottery towns and as you travel through them, you can observe the distinct styles of pottery. Mashiko and Hagi are the most important pottery towns. Hagi-yaki or Hagi ware is a famous type of pottery that is indispensable for tea ceremonies. Its characteristic feature is that it changes colour over time. The Mashiko Museum of Ceramic Art is a great place to view Mashiko-yaki, both ancient and contemporary. You could also attend the annual festivals held in spring and autumn in Mashiko, where potters from surrounding towns also set up stalls.

Japan’s oldest, most traditional sport has its origins in the Shinto religion. While it dates back 2000 years, it gained popularity as a spectator sport only in the 1600s. Every ceremony in sumo is related to purification. Certain Shinto shrines still hold forms of a ritualistic dance where a human wrestles a kami, the divine spirit of the shrine.

Sumo assumed its present form in the Edo Period when tournaments were arranged to raise money for building temples and shrines. Today, matches are held in stadiums in Japan, and you can enjoy this sport in a packed, charged stadium. If you’d like a peek into the life of a sumo wrestler, you could also visit a sumo training stable or a heya. These aren’t sightseeing spots, and only a small number of stables accept tourists. Sumo wrestlers live in these stables and adopt a traditional lifestyle, adhering to strict rules.

Tokyo’s Sumo Museum also gives a deep insight into the sumo world. It presents a vast array of materials that reflect sumo history. Explore sumo-themed Nishiki-e or woodblock prints, sumo dolls, and Kesho-mawashi, the beautiful silk belt worn by upper-ranking wrestlers. If you’d like a taste of what sumo wrestlers eat, which is the chanko nabe, you’ll find many chanko nabe restaurants in the Ryogoku area in Tokyo.

Sumo is more than just a sport. It is a living example of Japanese culture, retaining many aspects of old Japan, like the topknot, traditional dress, and ancient customs.

If you are planning a trip to Japan, do not hesitate to contact your luxury travel designer Mr. Isao Numano.