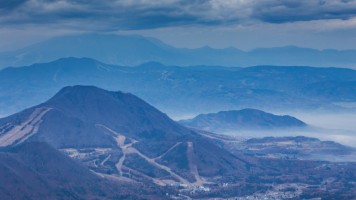 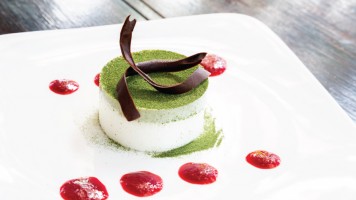 Step through a window into time when you travel to the historic regions of Shirakawa-go and Gokayama. They spread across the remote Shogawa River Valley and are surrounded by the rugged mountains of the Chubu. Designated as a World Heritage Site in 1995, these japan’s villages are known world-over for their Gassho-style houses. They have evolved in response to the geography and economy of the land.

When you arrive at the picturesque, rustic villages, you’ll be greeted with beautiful mountains. You’ll have the surreal sensation of having left the modern world behind. You can almost imagine standing amidst the shoguns and the samurai.

The Ogimachi village in the Shirakawa-go region lies on the banks of the scenic Sho River, and is famous for its Gassho-zukuri buildings. In fact, with over 110 such buildings, they have the most in all of Japan. Some farmhouses are over two and a half centuries old. The houses have been preserved in their original clusters and location. Since there has been no significant change in the pattern of roads and canals and land use here, you can actually find yourself looking into history.

Gassho-zukuri translates to “constructed like hands in prayer”. The buildings have steep, thatched roofs that resemble praying hands, but this design was adopted to withstand the heavy snowfall that covers the landscape during wintertime. The roofs also provided enough attic space for cultivating silkworms.

Explore the Wada house, the largest Gassho-zukuri building in Ogimachi and Shirakawa-go villages that dates back to the Edo Period. Once, this had belonged to the village leader and one of the wealthiest silk-trading families.

Today, it is a museum, and is considered a national treasure of Japan. Don’t forget to stop at the Kanda House, a museum that was once a farmhouse, built in the same unique style.

While Ogimachi may be easily accessed from Takayama, getting to Gokayama is slightly difficult but equally rewarding. Its villages are smaller and less developed, and more intimate. Suganuma and Ainokura are some of Gokayama’s beautiful villages. Both, along with Ogimachi, are the perfect examples of traditional life being adapted to the environment.

Both villages appear fairytale-like during the winter months when snow covers the landscapes. Special illumination events transform them into a picture postcard setting.

If you have travelled to Nagano to see the villages, then you can’t miss the beauty of the Tateyama Kurobe Alpine Route. It connects Omachi in Nagano Prefecture and Toyama City in Toyama Prefecture. Completed in 1971, it traverses the Northern Japanese Alps, and offers magnificent vistas through the various seasons. The special attraction is the grand snow corridor with snow walls towering up to 20m. Pedestrians can access it between mid-April and mid-June.

Alpine flowers and autumn leaves attract visitors with their spectacular colours during summer and fall. During springtime, myriad cherry blossoms spread their delicate beauty around Omachi.

If you are planning a trip to discover the Japan Villages, do not hesitate to contact your luxury travel designer Mr. Isao Numano.