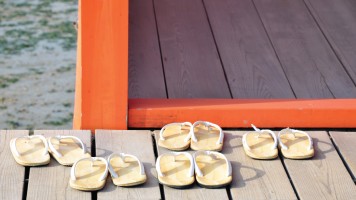 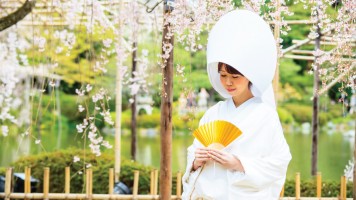 Kanazawa and the Noto Peninsula

Kanazawa, a historic castle town that rivals Kyoto and Tokyo in their cultural achievements, lies in the Hokuriku area of Japan. It served as the seat of the Maeda Clan in the Edo Period, and survived the air raids in World War Two, to become a popular tourist destination today. Explore the town to experience the atmosphere of old Japan, and browse through its offerings of traditional crafts, museums, temples, samurai and geisha districts and its beautiful Kenroku-en Garden.

The Kenroku-en has the distinction of being one of the three best landscaped gardens in Japan. This Edo Period garden was developed by the then ruling Maeda family over almost 170 years. If you’re in the mood for a peaceful stroll, then walk through its picturesque pathways, passing quaint teahouses, stone bridges, and immaculate lawns. The seasonal blooms change the appearance of the garden each season. In winter, the yukitsuri ropes are arranged around the trees from the top to the base to protect them from snow. They also lend an ethereal beauty when the garden is illuminated at night.

If you cross the Ishikawa Bridge from the Kenroku-en Garden, you’ll walk right into the Maeda Clan’s Kanazawa Castle. While most of it was burnt and rebuilt, the imposing Ishikawa Gate and Sanjikken Nagaya, the samurai warehouse, are the original, surviving sections of the castle, and its historic legacies. Spring is a good time to visit Kanazawa, for the delightful atmosphere of the cherry trees. Planted all along the castle walls, and in abundance in the Kenroku-en, they attract people with their gentle colours and mild fragrance.

You’ll also find numerous temples and shrines in Kanazawa. The Ishiura Shrine, claimed to have been built in the 8th century, is the oldest shrine here. It lies in the centre of the town, surrounded by over 200 trees, thereby being designated as a Preserved Forest in 1983. Don’t miss the 18th century Kanazawa Shrine, from which the town derives its name, or the Myoryuji Temple, a Buddhist sanctuary nicknamed the “Ninja Temple”.

To soak in some more history, visit the Higashi Chayagai, a short walk from the Castle Park. You’ll find well-preserved geisha houses that have been converted into teahouses or restaurants. Browse through gold products, hand-painted ceramics and hand-dyed silks, among other luxury souvenirs. Carry on to the less crowded and beautiful Kazuemachi Chayagai. You could also explore the peaceful Nagamachi Samurai District where samurai families once lived.

If you’ve travelled to Kanazawa, you must journey beyond to the irresistibly beautiful Noto Peninsula. With unparalleled sights that include the scenic ocean, small fishing villages, and abundant nature, it beckons with its endless offerings of visual beauty, and fresh food. Explore the land on your bicycles, go camping, or simply relax in a hot spring. It’s just a short bus ride from Kanazawa. So go on, explore the offerings of an ancient land, and discover its myriad historic, cultural and natural treasures.

If you are planning a trip to Kanazawa and the Noto Peninsula, do not hesitate to contact your luxury travel designer Mr. Isao Numano.