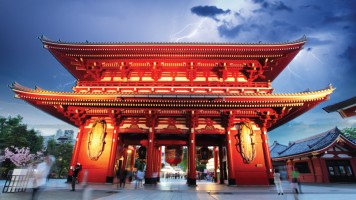 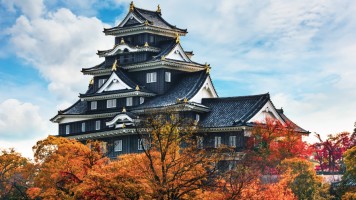 Off the Beaten Path at Okayama and Kurashiki

A Dazzling Christmas in Tokyo

Christmas visits the world each year, cloaked in festive reds and greens, but stop by Tokyo in this season, and you’ll find the setting a little different, yet filled with immense flair. While Christmas itself is not a major festival in this part of the world, celebrated casually with no off days or traditional dinners, Tokyo still captures the essence of holiday cheer with spirited enthusiasm and bedazzling illumination.

The city wears a mantle of brilliant lights, while Christmas markets flourish in the city. Huge, glittering Christmas trees vie for attention and Tokyo’s winter charms mostly include lights, everywhere, from simple illuminations to choreographed audio-visual shows to entire parks being covered in sparkling LEDs. While you could simply stroll down the enchanting avenues and take in the fairytale settings, there are certain destinations that demand your attention through their breath-taking illuminated beauty. Here are some such places for your visual delights.

Discover the Christmas event at Roppongi, where the trees along the sidewalk are adorned with 1.2 million LED lights that alternate between warm reds and cool blues. You’ll get the perfect view from the overpass walkway, of the lighted tree-lined avenue, with the gaily-lit Tokyo Tower in the distance.

Make sure you stop by the Christmas market for hot chocolate, mulled wine and German sausages, excellent for indulgence in the frosty Tokyo winter, and for handmade ornaments.

If you’re dreaming of a blue Christmas, then this is where you should ideally be. Millions of blue fairy lights form a canopy over the canal, and are mesmerising to watch. The lights are lit from 5pm – 9pm on weekdays, from November end to Christmas day. Ensure you’re not there on the weekend!

The season’s illuminations here stretch across the complex, lighting up the interiors as well as exteriors with their glow. The ‘Starlight Garden’ in Grass Square is a spectacular show of lights and shouldn’t be missed.

You might also enjoy the “vision dome” that transforms into planets in the midst of 180,000 blue LED lights. It’s like being in an alternate star-studded universe.

The Tokyo Disney Resort is a winter wonderland for children. Christmas Fantasy at Disneyland and Christmas Wishes at DisneySea celebrate the spirit of the season with magical lights and enthralling fireworks. If you wish to spend a cold winter wrapped in fantasy and dreams, then be here!

While these are just some of the destinations for Christmas illuminations in Tokyo, you’ll find other, equally dramatic settings in many other places, like Odaiba, which boasts Tokyo’s largest Christmas tree, Marunouchi, a shopping street that’s decorated beyond compare, and Caretta Shiodome, where mystical blue lights spread a sea of enchanting illumination. For a warm glowing Christmas in the midst of a cold winter, head to Tokyo, where lights will lead you to an unforgettable Christmastime.

If you are planning a trip to Tokyo around Christmas, do not hesitate to contact your luxury travel designer Mr. Isao Numano.