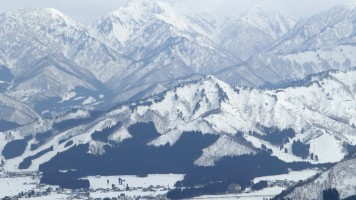 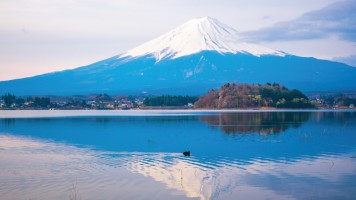 Look beyond Japan’s dazzling megalopolis, Tokyo, and travel down the beaten path towards the Pacific coast to find a small haven of serenity nestled between the forested mountains on three sides and the ocean on the other. Kamakura, a popular resort town, is also steeped in history from its role as political centre of medieval Japan under the Minamoto and Hojo Shogunates.

Perhaps, the most memorable sight in Kamakura is the Kōtoku-in Temple’s towering Daibutsu, seated placidly through eight centuries, having survived the great earthquake in 1923 and a tsunami in 1495, which carried away the wooden hall in which it was originally sheltered. This bronze statue of the Amida Buddha rises majestically to an impressive 13.35m, the second tallest in Japan.

While the Daibutsu is definitely the most well known in Kamakura, there are other interesting temples and shrines worth visiting. Perched on a hill, the Hase-dera is a Buddhist temple of the Jodo sect that houses the remarkable gilded, wooden statue of Kannon, the goddess of mercy, that rises to over 9m. Along the steps of the hall in which this statue resides, are rows of small statues of Jizo, the guardian deity of children. You’ll even find some of these statues garbed in bibs, sweaters and caps. The statues were historically installed by parents, who believed that the deity would protect their children. Today, however, the Jizo statues represent the souls of miscarried, stillborn or aborted children.

The best part about getting to the Hase-dera is the path you take while walking up the hill. More than 40 varieties of hydrangeas greet you in their smiling hues around mid-June. The view is spectacular during the fall too, with colourful maples welcoming your way. The view of the ocean from the top is equally stunning.

Other interesting stops would include the Tokei-ji Temple, also known as the ‘Divorce Temple’ as it allowed women to seek refuge before the days of divorce. The Jochi-ji Temple located next to it, is renowned for its ‘Nectar Well’, which provides sweet water, unlike the salty water found in wells in the area. If you love nature, don’t miss the Kosoku-ji Temple, with its natural-style gardens with abundant flowers and songbirds. Also explore a spring inside the Zeniarai Benten, a Shinto shrine where visitors wash their money in the hope of doubling it.

Don’t let the temples and shrines distract you from the beautiful beaches. The Yuigahama Beach that follows the curve of Sagami Bay is an extremely popular spot for surfing, swimming and sunbathing. Adjacent to this beach lies the Zaimokuza Beach, offering the same pleasures. You’ll also find beautiful seashells and some odd bits and bobs that make interesting keepsakes.

The fishing harbour makes for abundant seafood, among other exotic cuisine offerings. Kamakura vegetables are important foods on the mountainside.

Kamakura offers a peaceful retreat from busy city life, and is an excellent option for a day trip from Tokyo, or even better, a longer stay.

If you are planning a trip to Kamakura in Japan, do not hesitate to contact your luxury travel designer Mr. Isao Numano.