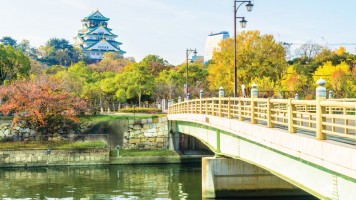 Osaka, a Taste of Japan 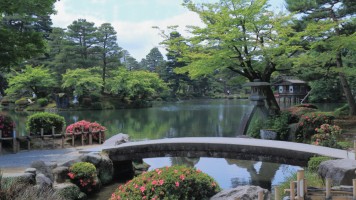 A visit to central Honshū is incomplete without a stop at Takayama, a picturesque town that boasts one of Japan’s most historic landscapes and favourite festivals. Though compact in size, it is bursting with temples, shrines, galleries and museums, and numerous scenic splendours.

The walk along the Teramachi is actually a part of the longer ‘Higashiyama Walking Course’, which extends beyond this area into Shiroyama Park, the former site of the Takayama Castle. The Takayama Betsuin Shourenji Temple lies on this course, a large temple of the Jodo Shinshu Otani sect of Buddhism. Other historic temples and shrines along this path include the Sogenji Temple, Hokkeji Temple, Tenshoji Temple, Zennō-ji Temple, Tounin Temple and Daioji Temple, among others.

To catch a glimpse of old Japan, stroll down to Takayama’s Old Town where you’ll find buildings and entire streets that have been preserved from the 17th century Edo Period, when the place thrived as a merchant town. You also have the exciting option of exploring this area on a rickshaw.

The Old Town largely comprises of three rows of buildings. Its quaint atmosphere gives it the name “Small Kyoto in Hida”. You’ll find old homes, sake breweries, coffee houses, shops, and large warehouses. A ball of cedar leaves adorn the entrance to the sake brewing houses to announce the season’s new sake, a custom carried down from the time this was a castle town.

Many people in the Old Town allow travellers a glimpse into their homes for an idea of the former living spaces of the merchants of old. They also exhibit traditional goods and local arts. Explore the Takayama Jinya on the banks of the Miyagawa River, Takayama’s government office during the Edo period, and the only surviving Edo Period Jinya in Japan.

The Takayama Spring Festival is one Japan’s largest festivals, a celebration of the new season when the snow on the surrounding mountains melts in April. From its origins in the 17th century, the festival, hosted by the Hie Jinja Shrine, is celebrated with tall, antique floats that are led through the narrow streets of the town. The floats are decorated with intricate carvings, dolls, and bamboo blinds. At night, they are brightly illuminated with lanterns, and people revel in the festivities with food and drink. Similar festivities in autumn mark the Takayama Autumn Festival in October.

Nestled in the mountainous Gifu Prefecture, Takayama has much to offer travellers, be it an insight into history, the gaiety of its festivals, or the charm of its traditional ways. Stop and take a look, because you won’t see this elsewhere in Japan.

If you are planning to visit Takayama, do not hesitate to contact your luxury travel designer Mr. Isao Numano.