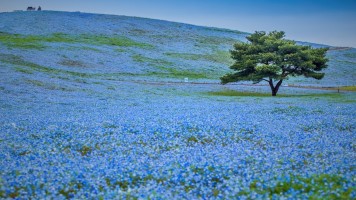 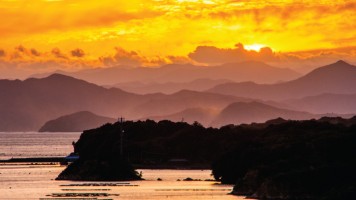 Ise-shima, Splendours by the Sea

Hokkaido, Japan’s northernmost main island and largest prefecture, is a veritable paradise for birdwatching. Offering an exciting range of habitats, from the craggy mountains to the boreal forests to the beautiful coastal lagoons to the enchanting wetlands, it invites nature lovers all year round, but especially in the winters, from January to March, when many rare species of birds may be spotted.

Famous world over as the migrating island for rare bird species, Hokkaido boasts birding populations that can be seen only here. Large numbers of migratory waterfowl pass through the island in spring and autumn, along with thrushes and seabirds. When summer announces itself, breeding increases the numbers of its resident species. However, it is in winter that Japan’s iconic Red-Crowned Crane, White-Tailed Sea Eagle and the Blakiston’s Fish Owl remain here, where they are joined by the beautiful Steller’s Sea Eagle.

Explore the remote Tsurui Village, recognised as one of the most beautiful villages in Japan in 2008. This region is a popular breeding ground for the rare, elegant Japanese Crane or the Red-Crowned Crane. Tsurui receives heavy snowfall in the winter, and it against a pristine white backdrop that the birds perform their mating dance. Viewing the ‘snow ballerinas’ singing and dancing is nothing short of an ethereal experience.

The Red-crowned Crane is a symbol of Japan. Once thought to be extinct, the species has made a dramatic recovery through conservation activities and largely, the efforts of the people of Tsurui and Kushiro. Today, Hokkaido is home to over 1000 cranes. For the Ainu people of Hokkaido, the Snow Crane is a deity, a god of the marshes.

The White-Tailed Sea Eagle is a rare breeding resident of Hokkaido. The species is fairly widely distributed, and the birds stop by Japan for the winter, among other places. Majestic and quick, you could probably catch a glimpse of it hunting for its breakfast in the wild.

If you’re in Eastern Hokkaido in winter, then you’re in for a treat! Lake Kussharo sees a bevy of the white angels of winter descend to its waters. The Whooper Swans are very approachable, allowing photographers to get near them for some stunning pictures. Kutan is another smaller, lesser-known area that is perfect for viewing the swans.

If you thought you’d have to visit Antarctica to see penguins, then think again. Watch these fascinating birds in their natural habitat in the Asahiyama Zoo. The highlight of the zoo is the penguin walk which occurs twice a day, so don’t miss the penguin parade while you’re there in the winter!

Hokkaido is the place to be, if you’re a serious birder, or simply love nature. This is where you’ll stumble upon rare bird species, migratory birds and birds that take your breath away with their sheer beauty. Look also for the Blakiston’s Fish Owl, the Common Guillemot, the Siberian Rubythroat, and the Yellow-Breasted Bunting among others. Wild, beautiful and incredibly exciting, Hokkaido is the perfect place to revel in nature.

If you are planning to go birdwatching in Hokkaido in Japan, do not hesitate to contact your luxury travel designer Mr. Isao Numano.