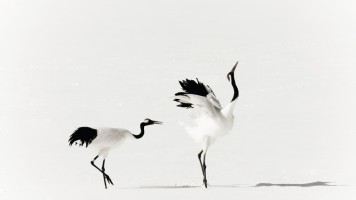 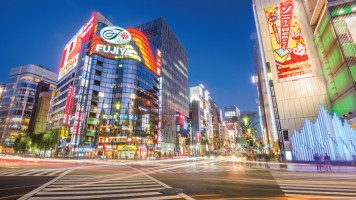 Ise-shima, Splendours by the Sea

Ise-Shima is home to the Ise Shrines, the most sacred Shinto shrines in all of Japan. It was a pilgrimage spot during the Edo Period when the Japanese hoped to visit the shrine at least once in their lifetime. But the shrine is not the only thing that makes the Shima Peninsula a popular destination. Its abundant nature, coastal scenery and marine bounties are a huge attraction for those living around, and to those who visit from afar.

The Ise Shrines are an elaborate, impressive complex consisting of the Outer Shrine, Gekū and Inner Shrine, Naikū, both of which are rebuilt every 20 years to preserve their purity. Traditionally visited first, the Gekū enshrines the Shinto deity Toyouke Omikami, the guardian of food, housing and clothing. The grounds are serene, with walking paths that run through a forest of tall trees.

The Naikū begins from the Uji Bridge, a wooden bridge that spans the Isuzugawa River, and guarded by torii gates at both ends. The same peaceful forest surrounds the Inner Shrine. Make your way to the main sanctuary at the top of a flight of stairs, where you’ll find the Sun Goddess.

The Ago Bay that washes the southern tip of the Shima Peninsula offers delightful views. There are over 60 islands that dot the bay, creating an interesting seascape. Enjoy a scenic cruise or simply enjoy the sunset from the shores. The Bay is also famous for its pearl cultivation and you can visit the pearl factory if you’d like.

The Bay also presents a rich array of seafood, like laver, clams, Iwa-gaki oysters, and a seaweed delicacy called miru. Enjoy tasting the unique offerings of this town.

Be sure to witness the Meoto Iwa, the Wedded Rocks in the ocean near Futami. A shimenawa rope connects these two sacred rocks, with the larger rock representing the husband and a smaller one representing the wife. The rope is symbolic of the division between the spiritual and earthly realms, and is ceremonially changed thrice a year. If you’re especially lucky, you can view the sun rising between the two rocks and see the outline of the majestic Mt. Fuji in the far distance. Don’t miss the small torii at the tip of the larger rock.

If you’re a nature buff, you’ll like to see the sea fireflies that illuminate the water or explore some of the uninhabited islands scattered around Ago Bay.

Ise-Shima is a delightful haven for those who want a little break from the neon lights and fast-paced life of the big cities. Easily reached from Kyoto, Nagoya and Osaka, it’s a trip definitely worth making.

If you are planning to visit Ise-Shima in Japan, do not hesitate to contact your luxury travel designer Mr. Isao Numano.