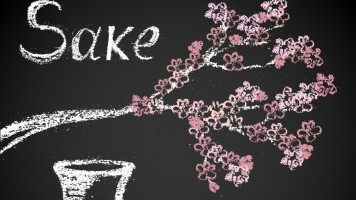 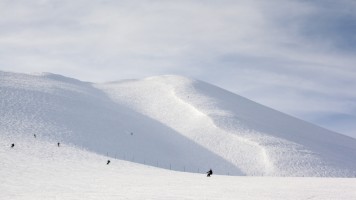 Visit Nara, the erstwhile capital of 8th century Japan, that still remains the fountainhead of the country’s cultural legacy, reflecting the cultural and political changes in those times through its vast trove of historic treasures. Add to this, the natural splendour of the mountains and the enigma of historic pathways that are inaccessible by car, all of which make Nara a truly fascinating destination. Here are some of the many things that you can do during your visit here.

Boasting eight UNESCO World Heritage Sites, Nara reflects a cultural depth that is second only to Kyoto. While the Heijō Palace gives you a glimpse of how the Imperial Palace must have looked in its glory days, the colossal Praying Buddha housed in Tōdai-ji, a majestic Buddhist temple complex that was once one of the Seven Great Temples in Nara, is an iconic symbol of the city. Kōfuku-ji, a Buddhist temple with strong links to the Fujiwara clan is characterized by its 5-storey pagoda bearing a grave marker. Kasuga-Taisha, a Shinto shrine of the Fujiwara family is small but stunning, with exquisite detail to design, hanging lanterns, and its hilltop forest setting.

Japan’s oldest, traditional Buddhist temple and national treasure is Gangō-ji, although the Yakushi-ji temple is considered one of the most famous imperial temples in Japan. Tōshōdai-ji, another Buddhist temple, is serenity redefined with its soothing gardens and spacious layout. Another awe-inspiring World Heritage Site in Nara is Mount Kasuga’s primeval forest, considered a sacred place of the mountain god of the Kasuga-Taisha shrine.

When you visit Nara, do not miss Nara Park for an introduction to some of Nara’s chief historic attractions, and get closer to nature with over 1,000 deer roaming freely in its green spaces. The Asajigahara garden located inside the park becomes transformed with the subtle tints of cherry blossoms during spring, and the flaming colours of the fall during autumn.

The tranquil Isuien Garden displays colourful flowers in all seasons, and has been beautifully preserved since the Meiji era. Manyo Botanical Garden also boasts over 300 plant species and flowers of various hues. Of special interest in the park is an ancient tree that stands in the middle of a pond. Another pond that presents a picture of true beauty is the Sarusawa pond, whose glassy waters reflect the 5-storey pagoda of Kōfuku-ji, and the alluring willows that frame it’s banks. You’re going to love Mount Katsuragi if you love nature, especially flowers! Trek up or take the ropeway to the top, and discover infinite beauty in the colourful seasonal blossoms – Azaleas and Cherry Blossoms in springtime, Asters and Indian Lotuses during summer, Lycoris, Ginkgo and Persimmons in the fall and Plums and Water Lilies in the winter.

When you visit Nara, no outing is complete without some lip-smacking food, and Nara has much to offer. Tenri Stamina Ramen and Saika Ramen are two popular shops that offer the famous noodles in a delicious broth. Or, visit Okaru, Nara’s well-established okonomiyaki shop selling this traditional delicacy, a fried pancake-like dish made from wheat flour, eggs and cabbage. The Daibutsu Pudding is a souvenir that you can carry home, if you can resist the temptation to open the bottle and eat it immediately! This caramel custard is available in some quirky flavours like cheese, Nara cherry blossom, Yamato-cha (Nara’s special green tea), sakuranbo (cherry) and more. Nara’s local gourmet would definitely be Kakinoha sushi and Izasa sushi, traditional flavours originating from ancient Yoshino and Kumano mountains. The Soumen Shop, Morisho, offers traditional Miwa somen, fine flour vermicelli served in a flavoursome stock. Enjoy cold or warm, depending on the season.

Take in the sweeping vistas of Nara from the height of the Tōdaiji Nigatsu-dō, an 8th century Buddhist temple, or admire the Shōsōin Temple, a treasure house for industrial art, with its raised floor and Azekura zukuri style of architecture. Hōryū-ji, Japan’s first World Heritage Site is also one of the world’s oldest existing wooden buildings. However, what draws more attention is the smile of the Miroku Bosatsu, the 7th century statue worshiped and housed in the temple, Chūgū-ji. It is said to rank among the top 3 smiles in the world, next to the Mona Lisa and the Sphinx. Visit Nara and meet Hokki-ji, a beautiful three-storey pagoda that’s the largest and oldest in the world.

Nara is a city that’s small enough to be explored in a day, but bursting with gems that deserve a longer, more leisurely visit. Indeed, Nara has claim to most of Japan’s ancient treasures and is a cultural jewel that shines radiantly.

If you are planning to visit Nara in Japan, do not hesitate to contact your luxury travel designer Mr Isao Numano.